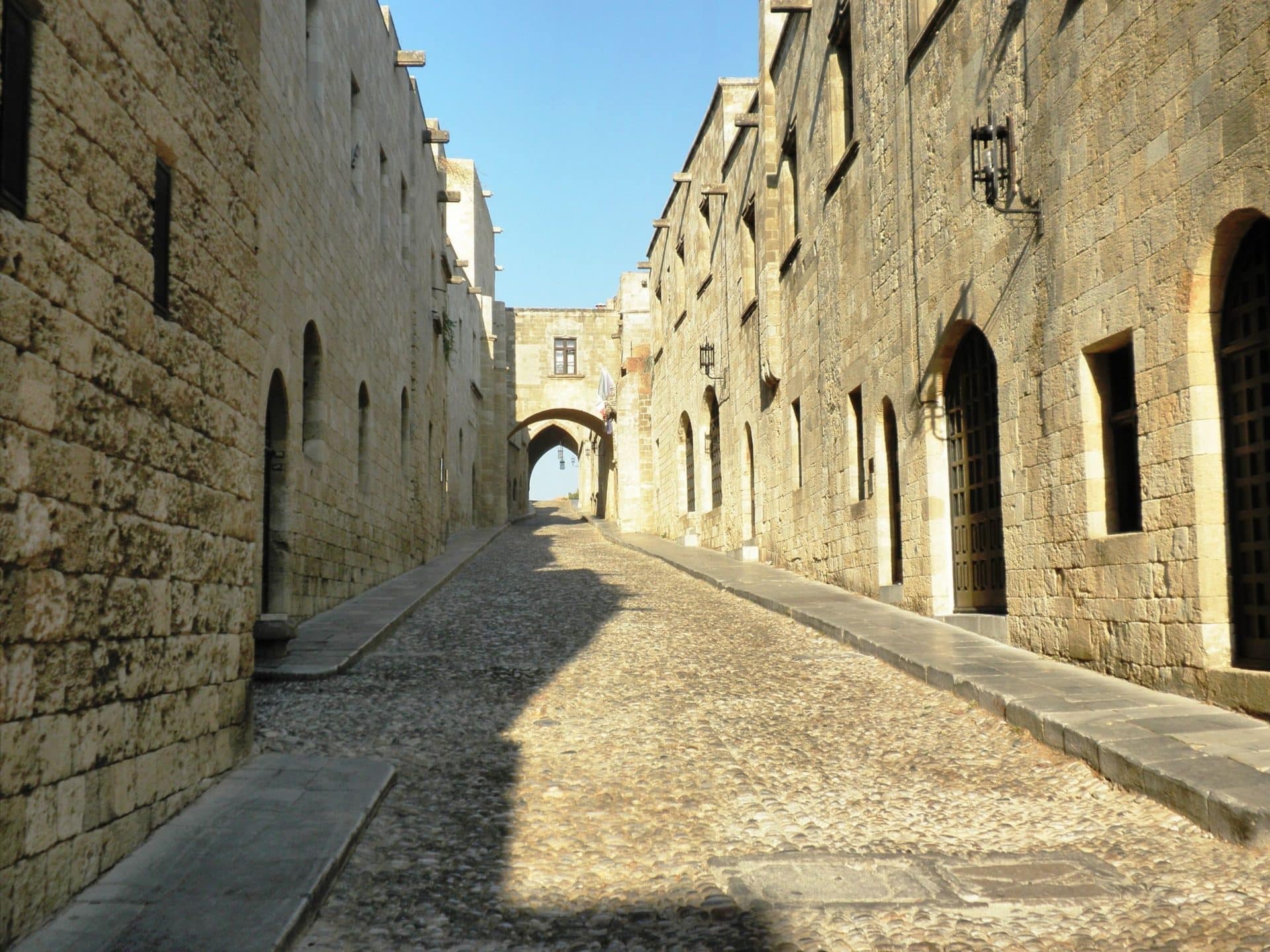 Rhodes medieval town or “old town” as it is called by the locals is an UNESCO world cultural heritage monument. In fact this is the largest and oldest inhabited medieval town in Europe!

The old town is the town of the Knights of the Order of St. John with some of the building still carrying the emblems of the Order. Wander around the magnificent paved alleys, under gateways and colonnades and through squares and obscure courtyards and feel the genuine medieval atmosphere.

The medieval town is protected by a fortress which was built in the 14th century AD by the Knights of Rhodes divided in two parts: the Kollakio to the north and the Burgh or Hora to the south. On the north part of the Fortress you will find the Street of the Knights, the Palace of the Grand Master (also known as Castello), the Hospital (today’s museum), the official churches of the Order while in the south part (Hora) you will see the Turkish bazaar around Suleiman’s mosque and the old market (Socrates Street) where there are plenty of local shops and restaurants.

Whatever you do, do not neglect to visit the Byzantine Museum, the Panagia tou Kastrou, Rhodes’ archaeological museum and the Medieval Festival (Medieval Rose fair) organized around May each year.

Strolling around the old town of Rhodes is a unique experience and will guarantee a romantic evening out and a memorable visit for the whole family.

plus our Value-Added Welcome Pack with free exclusive benefits !
You only need to sign-in with your email. Read more

SPECIAL VALUE HALF BOARD PACKAGE

including breakfast, dinner, and FREE round trip transfer from airport or port
from €150 per room per night! A minimum stay of 4 nights is required. Read more